Over 180 employees drawn from 97 Primary Cooperatives under 10 Farmers Cooperative Unions in Northwest Ethiopia were trained as trainers in recording farm cash flows and calculating cost-benefit analysis. The training sessions were organised for two days in mid-May 2018 at Sanja, Metema, Jawi, Humera, and Sheraro. 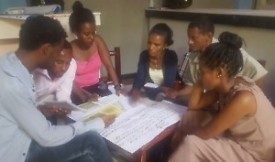 Trainees in Sheraro working in groups 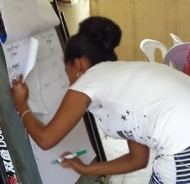 Out of the 180 trainees 75 which represents 42 percent were women.

Welcome to the Sesame Business Network (SBN) of Northwest Ethiopia. We are an innovation network, owned by the stakeholders of the sesame sector. Our collective aim is improved performance and shared benefits for all stakeholders.

As part of the BENEFIT Partnership, we contribute to improved food and nutrition security and improved livelihoods through better performing markets.